We are proud to present the second edition of the Solo Duo Trio project co-organized by labels Apocope & eg0cide productions. This serie of live concerts follows a simple format: three parts, one solo, one duo, one trio. Artists are invited to present new projects, and to try to new encounters (for one live set or more). All concerts are later published jointly by Apocope & eg0cide. The 2nd event of the serie  took place on may 29 at Les Instants Chavirés (Montreuil), one of the most lasting and notable venues devoted to free improvisation and experimental music around Paris.

Recorded by Benjamin Pagier
Track 1 mixed by Laurent Di Biase. Due to technical problems during the recording, this is only a short excerpt of the live set that has been edited by the artist himself.
Track 2 et 3 mixed and mastered by Benjamin Pagier
Artwork by Xavier Mussat
Special Thanks to
- JF Pichard and all the crew of Les Instants Chavirés
- Aurélien Digard for the pictures
- Annie Zivkovic for the videos

Interdisciplinary and sound artist, graduated from Ecole nationale supérieure des Beaux-Arts of Paris and attached to the Locus Sonus audio in art research laboratory, lives and works in Paris. He develops a research and creation work based on mobility and new medias concepts, such as streaming, by the elaboration of new scripts forms linked to the practice of performance, with fiction and real time notions. His approach questions principally the nature of the artwork between space, time and public relationship.  His artworks take shape of AV performances concerts, sculptures installations, sound creations. Strongly inspired by the avant-garde culture, he oriented his practice toward the probable links between media art and experimental music. Multimedia artists interested in digital & interactive, ecology and DIY electronics. Studied electroacoustic music in the Pantin conservatory. She composed pieces & created installations comissioned by various institutuions. She is also active as an improviser, using analog synthesizer and DIY electronics. She is a member of the bands Sysma (whose first album Revenances was published by eg0cide productions in 2016) under the X-pharmaka moniker, and also Vierge Noire, Mesce Basse, Elek Ember.

Very active noisician / improviser since the 90s in Paris, JZ aka ZARAZ WAM ZAGRAM Plays / played in many bands and is the core member of the free improv / noise ensemble Friponnes de Porc. Also involved in the organization of experimental musics, he curates the live events series Le Non_Jazz. Camille Émaille, a percusionnist, studied at the Musik-Akademie of Basel (Switzerland) with Christian Dierstein on contemporary music and with Fred Frith on free improvisation. She works with many artists from varying fields, such as video, muppet theatre, shadow theater and plays in the musical projects Oxke Fixu (duo with clarinet), Ghoast (duo with american saxophonist Tom Weeks), ESCARGOT (her quintet with Timothée Quost on trumpet, Xavière Fertin on clarinet, Louis Frères on e-bass and Tom Malmendier on drums).

Nina Garcia plays guitar with a minimal set up (1 guitar, 1 pedal, 1 amp) and focuses on the gesture and the sound research on the instrument : its resonances, limits, expansions, impurities, all the audibles parts of the guitar. She performs in solo as Mariachi, in the band Mamiedaragon (no lagos musique label), in duo with trombonist Maria Bertel, and in trio with Qonicho B ! (Blanche Lafuente, Morgane Carnet).

Arnaud Rivière is an experimental electroacoustic musician, free improviser, instrument designer, sound installation artist, co-founder and director of Sonic Protest Festival, and a member of ONCEIM ensemble. Currently based in Paris and active since the late 1990s, Rivière plays on DIY-electroacoustic device (built around a repaired turntable's pick-up), prepared mixer, and other primitive sound tools, performing solo, in groups, and with numerous improvisers. 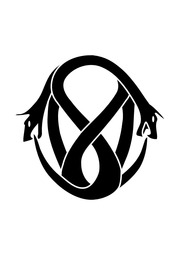